Mac Maguire’s twelfth outing – The Blood Moon Murders – is a little different to the others. You might get a clue what this difference is through the dedication – ‘For Halloween, ghost stories and things that go bump in the night.’

I have long been an admirer of M. R. James and his ability to put ghostly goings-on right into the workaday world. I’d guess that it was the title that first gave me the idea that this might be my chance to incorporate a supernatural thread into a murder mystery. That and the fact that the book should be ready to be published around Halloween.

As you can guess from the title the murders take place during an eclipse of the Moon by the Earth. I witnessed a really good one some years ago and the effect of the moon darkening and then glowing red with the light that had made it through the Earth’s atmosphere is a really eerie experience. It was easy to see why ancient peoples saw this as a harbinger of change and even doom.

END_OF_DOCUMENT_TOKEN_TO_BE_REPLACED

Book sales have increased during this pandemic and, for some, it seems that crime fiction has boomed. This caused me to look at my own sales figures. As I’m a self-published author on Amazon, my sales figures are very easy to find. It looks as if my book sales have more or less doubled compared to last year. It is, of course, a situation that I’m very happy with, however, it did start me thinking.

I have been advertising a little more and I’ve finally got up to ten books in my crime series but I’m not sure that’s the whole story behind the increased sales. END_OF_DOCUMENT_TOKEN_TO_BE_REPLACED

My latest book The Eight Bench Walk should be ready for publication next month. This is the first Mac Maguire mystery that is more or less completely set abroad and so it presents its own set of problems. (Only part of Two Dogs was set in France and Ireland in The Chancer is definitely not ‘abroad’ as far as I’m concerned).

One of these was getting the locations right. END_OF_DOCUMENT_TOKEN_TO_BE_REPLACED 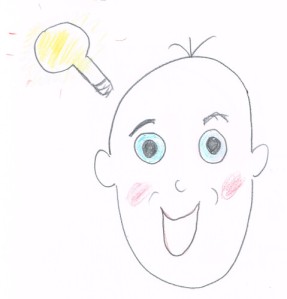 I attended a local reader’s group a few weeks back. It was one that specialised in crime and murder mysteries. I was interested in what they did and it turned out that they were interested in what I did too. The first question, as always, was ‘Where do you get your ideas from?’

I couldn’t give a definitive answer as I honestly don’t know. I don’t want to investigate how my ideas are created too deeply in case it’s akin to analysing a joke. It’s never funny afterwards. For me the strangest aspect of being a writer is having to keep an open mind. I don’t mean this in the usual sense as in being intellectually open to new ideas or concepts. An analogy for that is like being in a house and looking out of the window at all the new ideas parading by and then inviting the ones you like or find interesting inside. For me as a writer an open mind is more like having your front door wide open and whatever decides to walk in, walks in. END_OF_DOCUMENT_TOKEN_TO_BE_REPLACED

In the tenth Mac Maguire mystery Mac goes to Cyprus. It’s been a hard winter and Mac’s back has been playing him up so his daughter Bridget has little problem in persuading him that he should go somewhere warm on holiday. Of course as soon as he arrives on the island something happens and the story kicks off!

I was in Larnaka, Cyprus for three weeks last year and spent over half the vacation wandering the streets looking for locations and trying to generate some ideas for a plot. I returned with the outline of a story in my head as well as a good visualisation for, at least, some of the settings. However, one evening towards the end of our stay, we were sitting outside a restaurant when it started raining. Of course we all rushed indoors and sat down next to a couple who were speaking Greek. She turned to us, smiled and made a comment about the English and rain in perfect English. Of course, the reason she spoke perfect English was because she was English, being born and brought up in the East Midlands. END_OF_DOCUMENT_TOKEN_TO_BE_REPLACED

The ninth Mac Maguire detective mystery The Tiger’s Back is now available in Amazon Books. Here’s the blurb –

‘It’s January and winter is biting hard. Mac has been asked to investigate the brutal murder of a homeless man in London by his grieving daughter. Meanwhile two of Mac’s police colleagues are looking into the suspicious death of a Cambridge history professor. Their paths cross and they realise that both deaths are somehow linked.

During the investigation Mac meets someone from his past, someone he’d hope that he’d never see again. The Tiger, the most fearsome and violent criminal that Mac had ever dealt with, is once again loose on the streets.’ END_OF_DOCUMENT_TOKEN_TO_BE_REPLACED

They say that authors often put a lot of themselves into their main characters but I’m not so sure that’s the case with Mac Maguire. I’ve given him my love of puzzles but I’ve not done him any favours by also saddling him with my disabilities and a love of Aston Villa Football Club. Otherwise I think we’re quite different.

Mac’s conversations about his favourite football club with his best friend Tim are a feature of virtually every book to date. So how did Mac get to be such a fervent Aston Villa fan? END_OF_DOCUMENT_TOKEN_TO_BE_REPLACED 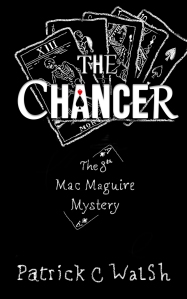 The eighth and latest Mac Maguire mystery has now been published in Amazon Books. Here’s the official blurb –

‘Mac is on his way back to Ireland for a funeral when a body is found at the airport. A man has been stabbed three times in the back and Mac volunteers to help his police colleagues. He’s flying back to Donegal where he hopes to find out something about the victim’s background.

It appears that the dead man was ‘a chancer and romancer’ and Mac has his work cut out delving into his numerous, and mostly nefarious, dealings in the north of Ireland. With the help of a troubled colleague from the Irish Police Mac soon discovers that the murder in the airport has set off a ticking time bomb that will soon explode.

Mac finds himself delving into his own past as his childhood memories of Donegal come flooding back and an old family mystery is also solved.’ END_OF_DOCUMENT_TOKEN_TO_BE_REPLACED 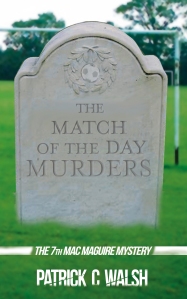 ‘It’s been the worst summer in years and Mac is once more at a loose end. He then meets the mother of a murdered girl and is asked to look into an unsolved murder case that is nearly five years old. Her daughter wasn’t the only girl who died in what became known as ‘The Match of the Day Murders’. Three girls had been found on football fields exactly one week after the other and all had been strangled to death. Mac agrees to do what he can but, before he can even get started, he is asked by his old friend DI Andy Reid from the Major Crime Unit to help. They are also re-investigating the case and so Mac finds himself working alongside Kate Grimsson once again as they dig deep into the past. A serial killer appears to be still on the loose and Mac is worried that he might start killing again.

Mac too has an anniversary coming up and it’s bothering him. It will soon be a year since his wife Nora died and he is totally unsure as to how he will face it. Meanwhile Kate has her own personal problems as the past comes back to haunt her and she finds that she has an important decision to make.

A story of life, death and football.’ END_OF_DOCUMENT_TOKEN_TO_BE_REPLACED 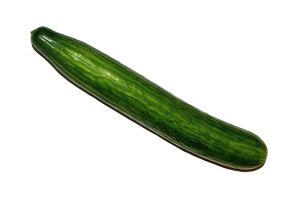 I’m taking a quick break from writing the seventh novel in the Mac Maguire series in order to write this post. In the next few weeks I’ll be handing over the first draft to my partner for its first read through. I’m planning on publishing the novel, as yet unnamed, late April or early May and hopefully by then I’ll have come up with a title.

Among the myriad of things I often get wrong in any first draft is the plot line. There are either some obvious holes or, one of my partner’s pet gripes, some events are just too implausible. When these implausibilities are pointed out I usually groan silently and wonder how I could have written something that was so unlikely to happen in real life. END_OF_DOCUMENT_TOKEN_TO_BE_REPLACED