My advice to new authors is to always give the traditional route a chance before turning to self-publishing. However, it’s my feeling that self-publishing may be the only option for many writers. I read an academic paper last year, one of the first to look at authors from a Black, Asian or other minority background. One of my major takeaways was around the barriers that exist for authors from all minorities. There is a practice that exists within most publishing houses called ‘comping’ where submitted books are compared against previously published works to get an idea of how commercially viable they might be. So, what’s the problem?

END_OF_DOCUMENT_TOKEN_TO_BE_REPLACED

Mac Maguire’s twelfth outing – The Blood Moon Murders – is a little different to the others. You might get a clue what this difference is through the dedication – ‘For Halloween, ghost stories and things that go bump in the night.’

I have long been an admirer of M. R. James and his ability to put ghostly goings-on right into the workaday world. I’d guess that it was the title that first gave me the idea that this might be my chance to incorporate a supernatural thread into a murder mystery. That and the fact that the book should be ready to be published around Halloween.

As you can guess from the title the murders take place during an eclipse of the Moon by the Earth. I witnessed a really good one some years ago and the effect of the moon darkening and then glowing red with the light that had made it through the Earth’s atmosphere is a really eerie experience. It was easy to see why ancient peoples saw this as a harbinger of change and even doom.

END_OF_DOCUMENT_TOKEN_TO_BE_REPLACED

I’m talking here about Spoon Theory and how it’s become a really useful tool not just for myself but for my whole family.

To quote from Wikipedia –

‘The term spoons was coined by Christine Miserandino in 2003 in her essay “The Spoon Theory.” While out to eat with a friend, Miserandino’s friend began watching her as she took her medication and suddenly asked what it was like to have lupus. Miserandino grabbed spoons from around the diner where they sat and gave her friend the handful of spoons she had gathered. The spoons helped Miserandino to show the way that people with chronic illness often start their days off with limited degrees of energy. The number of spoons her friend had was how much energy she had to spend throughout the day.[1]

As Miserandino’s friend stated the different tasks she completes throughout the day, Miserandino took away a spoon for each activity. She took spoon after spoon until her friend only had one spoon left. Her friend then stated that she was hungry. To which Miserandino replied that eating would use another spoon. If she were to cook, a spoon would be needed for cooking. She would have to select her next move wisely to conserve her energy for the rest of the night.’

So, why has this become so important to us?

END_OF_DOCUMENT_TOKEN_TO_BE_REPLACED

The answer isn’t complicated, it’s those people who you ask to read your book before you publish it. I’ve touched on this subject a few times in my posts so why write about it now?

My latest book, A Concrete Case of Murder, took quite a while to write. Too long for my liking. Writing is never an easy process but, due to a confluence of adverse circumstances, writing became impossible for some months. Since retiring, I have been publishing two books every year, however, A Concrete Case of Murder took over eighteen months to complete. Having a series of ten books already published, most of which were well-received, I found myself getting a little paranoid about this latest one. I think that my paranoia was mostly triggered by an offhand remark someone made which was something to the effect of, ‘If it was hard to write it will probably be hard to read’. It was not a comment I appreciated all that much.

And so, the seeds of doubt were sown. All I could do was carry on writing and then trust to my readers.

END_OF_DOCUMENT_TOKEN_TO_BE_REPLACED

The eleventh book in the Mac Maguire detective series has just been published. Here’s the official blurb –

‘Mac is just back from holiday and is once again getting bored when he is asked to help out by the local police. It turns out to be one of the strangest thefts that Mac has ever come across – a whole house has gone missing! Evidence is hard to find but, with some creative thinking and the help of his partner, Mac finds himself on the track of a suspected murderer. Despite his best efforts, tragedy strikes, and he is left to wonder if the murderer will ever be brought to justice and whether this might be a case that he will never recover from.’

This book has been a long time coming. Since I retired and started writing full-time, I’ve been averaging two books a year. It’s taken well over a year just to produce this one. I hope that it’s been worth waiting for!

END_OF_DOCUMENT_TOKEN_TO_BE_REPLACED

I’m confining my thoughts about the new year ahead to what I’m hoping will be happening with regard to my books. Although I have some thoughts about what I would like to see happen in 2021, I think that I’ll keep them to myself for now. I recently read an article that listed a bunch of people making their predictions at the start of 2020 and, of course, they were all way off the mark. END_OF_DOCUMENT_TOKEN_TO_BE_REPLACED 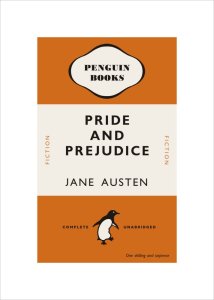 What you call your book may be one of the most important decisions that an author will ever make. It will be the first thing that readers see on your book page, it will feature on your book cover and hold centre stage in all your advertising efforts. And yet you may never find out how successful or not your choice has been. Once your book is published then the title is what it is. It’s baked into the whole thing.

On the left you can see one of my favourite books, Pride and Prejudice. It’s a great title but it was originally going to be called ‘First Impressions‘. Would we love it so much if it had been called something else? END_OF_DOCUMENT_TOKEN_TO_BE_REPLACED 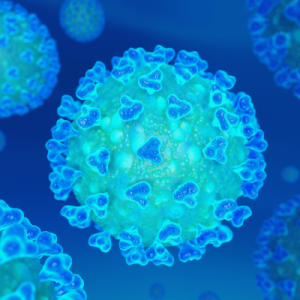 In this era of Covid-19, I’ve found it incredibly difficult to write. I couldn’t see it at the time but, looking back, I can understand why this might have the case.

Lockdown was (and still is) an utterly strange experience. It’s a time when all the milestones that delineated the weeks and months have disappeared. We’re living in a sort of time fog with each day being much like the next. No meals out, no pubs, no family visits, no nothing.

And it is scary. END_OF_DOCUMENT_TOKEN_TO_BE_REPLACED 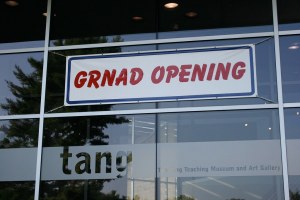 I’ve been writing full-time now for nearly two years and I’m loving it. I especially love those moments of pure creation when new characters, situations and even worlds spring into life.

However, there is always a bit of grit in every pearl, and the grit for me is editing and especially the dastardly and eel-like typo. I published my first book four and a half years ago and I’m just realising how steep the slope of the editing learning curve actually is. This has been recently highlighted by the fact that I’ve once again re-edited my first four books and guess what? I found them littered by tortured English and infested with typos. I have come to terms with the fact that these books will still have some instances of tortured English and typos but, hopefully, a lot less than there was before. So what’s the problem? END_OF_DOCUMENT_TOKEN_TO_BE_REPLACED 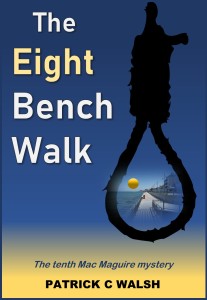 My latest book The Eight Bench Walk should be ready for publication next month. This is the first Mac Maguire mystery that is more or less completely set abroad and so it presents its own set of problems. (Only part of Two Dogs was set in France and Ireland in The Chancer is definitely not ‘abroad’ as far as I’m concerned).

One of these was getting the locations right. END_OF_DOCUMENT_TOKEN_TO_BE_REPLACED