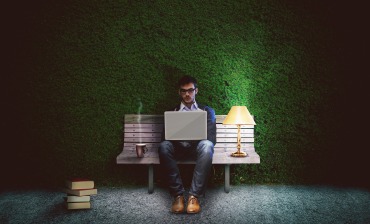 The next Mac Maguire book, the fifth, is nearly there and after some three years or so of seriously struggling to put the right words in the right order this has given me some pause for thought. Looking back I’ve learnt so much from the writing process and I’ve no plans for stopping anytime soon. So what’s changed with me since I started out on my writer’s journey?

Why did I start writing?

I started out of desperation. I have a chronic pain condition which means I’m in pain all the time, sometimes less and sometimes more. Although I’m on one of the strongest pain killers there is it’s still not enough at times. Fortunately I’ve found that work helps, not just any work though, it has to be work that interests me and holds my attention. I’m lucky that I work for a great company that has allowed me to get involved in analysing audience feedback, something that I still find absolutely compelling. The problem was that, compelling as it was, after five days of looking at spreadsheets I started seeing little rectangles wherever I looked so I had to find something else to keep my brain occupied over the weekends and holidays.

I turned back to writing.

I say turned back because I’d dabbled with it several times before but never very seriously. This time I was deadly serious and driven by my need for pain relief. So the object of the exercise was not to write a literary masterpiece or even to make money but solely to help me make it through the weekend until I could once again immerse myself in my spreadsheets.

I found that I became every bit as immersed in my writing as I ever had in my paid work. A crime novel was to me like a giant puzzle, a puzzle where every piece had to fit together seamlessly at the end of the story. I found it a real challenge especially when my focus began to shift from just writing to thinking about publishing my work. I was lucky in that I had some readers who I could trust to tell me exactly what they thought. I trusted them when they told me what was wrong and so I ended up re-writing the first book many times. However I had to trust them even more when they told me that it was good to go. I was still quite unsure myself as to whether the book was really up to scratch when I published ‘The Body in the Boot’ in May 2015.

I had serious doubts about self-publishing when I first started out but, after trying several agents and getting turned down by them all, I had little choice. My book could either stay on my computer disk gathering cyber-dust or I could set it free and see what happened. At first exactly nothing happened. I advertised the book as much as I could, or more accurately as much as I could afford to, and it very gradually started to sell. Those first sales were moments of joy for me and most especially the first sale abroad in the USA. The thought that someone thousands of miles away might be sitting and looking at a Kindle with my book on it gave me goosebumps. It still does.

So now five books on what have I gained from self-publishing? Certainly not money, I’ve earned a bit but you also have to advertise so I’m not going to be able to retire on my author earnings anytime soon. What I think I’ve gained is confidence, confidence that I can produce work that people will pay for and, more importantly, enjoy. If I’d have given up after trying for an agent the five books I’ve written since would never have existed. The first and last things I do in a day is to check my Amazon sales stats. I still get a real thrill when I see that someone in Canada or Australia or the States has invested a little bit of their hard earned cash in my books. I’ve also been lucky in having mostly good reviews which has also helped my confidence a lot. The one review that wasn’t totally complimentary was one that said that, while they loved the story (The Body in the Boot), the editing could do with some attention. I went back and had a look at the book and they were right. I re-edited the whole book and this review taught me a valuable lesson and one I hope I carried over to my subsequent books.

Writing is now taking up a lot more of my time as I only work three days a week but I’m still finding the process fascinating. It’s hard at first, mostly I think because what you’re really trying to do is tear down some mental walls. To get ideas you need to think as freely as possible and that’s harder than you might think. I found that my best times for getting ideas was when I was lying awake in bed in the middle of the night and kind of half-asleep. It’s like the ideas just tip-toed in and made themselves at home. As I’ve gotten better at letting the ideas come in some really strange things have happened. When I start writing a book I’ve usually got the general idea of the start, the middle and the end sketched out in my head. So simple then, just write it. However it rarely works out like that. Characters who were only meant as background suddenly step into the spotlight and demand to be heard. Whole sections of the story and character traits now come to me as though from somewhere or someone else. If this isn’t strange enough what I get ‘told’ can’t be radically changed either! It only feels right if I stick to the way I’ve been told.

A good instance of this was a character in The Body in the Boot. His name is Spiros Andreou and he owns a kebab shop. His only reason for existing is so Mac can find a vital clue, however, he came to life in my head and it’s as though he was someone I’d really met and, although invented, I really liked him. Later in the book I have someone murder his son and, if I’m honest, I played with leaving this out as I didn’t want to upset my character – strange but true. But I also knew that I had to write it that way as that was somehow how it had to be.

So, as a writer, you can create your little universe and fill it with imagined characters, characters owned by you and think that you’re God. But you soon find out that it isn’t like that at all. At best you’re the messenger, someone who has changed the wording around a bit perhaps, but you’re still only the messenger. So where do all the stories come from?

I have absolutely no idea. I can trace some of what I written to past experience but quite often I can’t. However I also try not to analyse the writing process. To me it’s like analysing a joke, you may learn something but the whole point of a joke is to be funny, after you analyse it it just isn’t anymore.

More Mac Maguire books for certain. I still find him and the other characters fascinating and I’m looking forward to seeing them evolve in future books. In my latest book ’23 Cold Cases’ a new character called DS Kate Grimsson was supposed to just tell Mac about a case she worked on but she then somehow elbowed her way to the front of the crowd and she’s now become a major character in her own right. I’m really interested in her and want to find out what happens next. I honestly don’t know what happens next until I actually write it so, in a way, I’m reading the story too as it gets written.

All I know is that is that I’ll keep doing my best to keep writing and doing the best work I can. Writing owes me absolutely nothing as it’s already done more for me that I could have ever imagined.

One thought on “Some thoughts on writing and self publishing”